There’s Something About Cotton

I have never known one plant to cause more drama than cotton. I have watched people shut down at the mention of it, parents refuse to let their children go to field trips because of it, and I want to know why. As an interpreter, I have a really good idea. As an historian who looks at slavery all the time, I know why. But the side of me that just has to ask questions wants to know why. There’s something about this plant that irks the living daylights out of people, yet it surrounds us everywhere. Look at your clothes and there’s cotton. Your money? Some cotton. Ladies, you want to get that nail polish off? What’s the first thing you go for? A cotton ball. It’s one of the most constant reminders of slavery in our society today and we don’t mind using it, but when it comes to looking back at it’s cultivation in this country, we get downright moody.

I learned very quickly in interpretation how to talk about cotton. But I always felt limited because of the fear, or disgust that people have about the plant. But I wonder if we are focusing our aggression on the wrong thing. When people think of slavery, they think of cotton. But when we look at clothes and cotton balls in the stores today, do we automatically think about slavery?

It’s very easy to talk about how the cotton is planted, tended to and then harvested, but most of us like to touch things and get our hands dirty to really learn about a subject. Cotton provides  that element. You want to know what it was like to have to toil in the fields with this plant, you need to get down and dirty with it. From the seed to the end product, cotton is really fascinating. But I think we’ve allowed the stigma of what cotton represents cloud our judgment when it comes to understanding such an important piece of slavery. 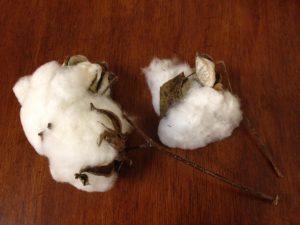 As an interpreter at a living history farm, we actually grew the cotton by hand. I’ve written about the process before but it bears repeating. These slaves would have to get up before the sun just to get out there and plant these tiny seeds. Acres and acres of cotton plant rows…by hand. Perhaps there was a mule pulling a plow, but the majority of the work is done by hand. There’s the watering, and the weeding that needs to be done. If you’ve ever worked a small garden, you know how pesky weeding can be done. Now imagine if your pesky little garden was a few football fields. The very thought of it makes my head spin but this was a reality for those whose job it was to plant, tend and harvest said crop. A cotton field is not a fun place to be in the dead heat of summer, but the slaves were there, working tirelessly. Ever spent a day at the beach and you come home feeling exhausted? That’s because the sun sapped your strength and you were probably just lounging around. You didn’t have many layers of clothes on so your skin felt whatever scant breeze was blowing by. Now imagine being bent at the waist, pulling weeds wearing long sleeves because of your shift, and a petticoat that touches your ankles in the sweltering heat. Not a pretty picture is it? But it was a reality for those whose very livelihood depended on that crop being the best it could be. Maybe as adults we can grasp that concept without actually having to see it in action but for students learning history, just being in a cotton field may be enough to get the message across.

What I don’t understand is why we are afraid to have that one on one interaction with this massive piece of our history. Did you know that for every 1500lbs of seeded cotton planted, you get 500lbs? Two-thirds of your work is already gone. Teachers can’t easily get cotton seeds, as it’s growth is heavily regulated, but take a field trip to a site that grows cotton and ask them to show the students that ratio. The kids will be amazed. Show them the difference between a ball of cotton freshly picked with all the seeds still in it, versus a cotton ball that you can get at the store. Let them *gasp* try their hand at getting the cotton out of the boll clean…in other words, let the kids pick the cotton, so that they understand why it’s important not to waste. Are you subjecting them to something negative? No. You could easily tell them this is a lesson in money management. Would you leave money lying around when it could be in your pocket? Of course not. That’s what the slave owners thought about their cotton and why the slaves had to pick as much out of the boll as possible. Explaining to the students that all that white fluff is money helps them understand the term “cash crop”. 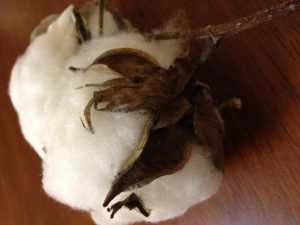 We can’t continue to let the stigma of the past interfere with how we teach our children today. And for those of you who are already muttering about all the instances lately where African American children have been singled out and humiliated because they were told they would have been slaves…I understand that you’re upset and it could have been handled better, but, that’s the truth of the matter. Not until sharecropping pops up or small farming are you going to address white children out in the fields. Not to say this can’t be discussed but perhaps in a larger lesson about cotton, you could talk about how the production of cotton and the manner in which it was harvested crossed color lines at the end of slavery and well into the 21st century. I’ve had plenty of older white and black visitors tell me their memories of working in the cotton fields after school and during the summer months to earn extra money for the household. The stories they have of how the work was and what it was like to be out there come flooding back just by touching the plant.

What I loved most about teaching cotton to students was the enthusiasm that the kids had about picking cotton. The boys especially became very competitive when you started talking about how much cotton per day needed to be picked. Many felt like they could easily pick 75-100lbs a day and it would be no problem. I would then ask them, “What happens when you pick 125lbs because you had a great day, and the overseer decides you can do that every single day, and not just you, but all of the other male slaves as well”. It makes them think, and understand that the cotton harvest was not about individuals, it was about the collective. Yes, individually you had to pick a certain amount of cotton per day, but at the end if the cotton picked did not produce enough bales to break even, the community as a whole was affected.

I asked a friend how she felt about cotton, because a lot of the people I know scoff at the very idea of having to be around a cotton field. She said this. “I don’t feel angry when I see or think about cotton. Being born and raised in the deep south, I’ve seen a few cotton fields. When I drive past them, I’ve always imagined my ancestors working in the fields and imagine if or how I would handle it if I was forced to pick cotton. After visiting Historic Brattonsville, walking through a cotton field and having the opportunity to touch fresh cotton for the first time, I still feel have those brief thoughts but they are generally accompanied with a great deal of respect and a renewed sense of strength. Knowing that I complain about my chosen desk job and have opportunities to do whatever I want because of those same ancestors also gives me a feeling of pride.” 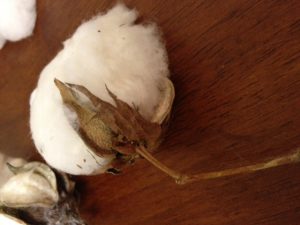 These are the things we should be thinking about and focusing on when we start to talk about how cotton fits into the story of slavery. Focus less on the negative connotations and start to think what children (and adults) can take away from it. Don’t be afraid to show them pictures of a cotton field if you’re not around one, or even take them to a cotton field or drive past one. Don’t be afraid to get hands on with it. There’s something about cotton, and if you can put your finger on it, quite literally, it can change the way you see things.